You are here: Home / Writing / The Power of Reading and Writing

Malala Yousafzai told her amazingly brave story in her first book  I Am Malala: The Story of the Girl Who Stood Up for Education and Was Shot by the Taliban. She has since penned two other books and a documentary in addition to her advocacy work for education. 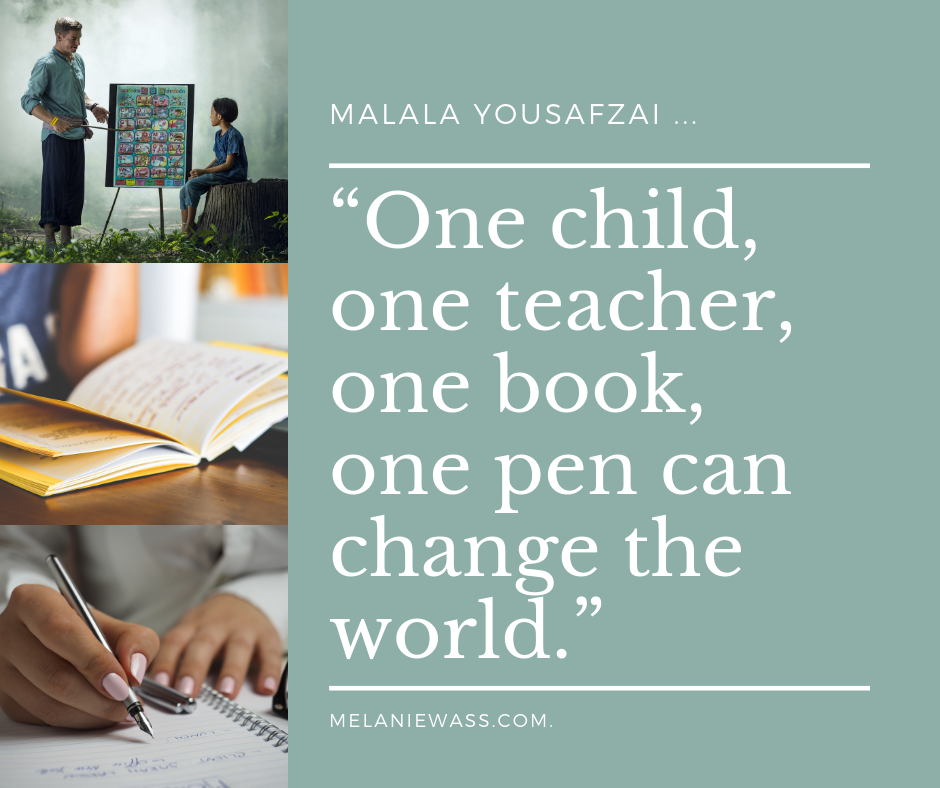 From the age of 11 Malala pursued her activism by blogging for the BBC about education in Pakistan. She was marked as a threat by the Taliban and an attempted execution occurred on a school bus when she was 15. By 17 she was awarded the Nobel Peace Prize. Currently, she is studying at Oxford while continuing her writing career and pushing for the right to education for girls.

What formed Malala’s views? Her father was an advocate of education and had set up a school. He was anti-Taliban. There’s no doubt she was influenced by her father’s politics and belief and the family almost paid the ultimate price for it.

Reading and writing are powerful. They are the fundamental building blocks of education. When someone can read they have access to the knowledge of the world. Malala has exemplified the potential for education and her writing has changed the world from igniting a push for girls education to establishing schools for refugees to influencing leaders.

Malala has an impactful story. You may not. But that doesn’t lessen the capacity of your writing, your words, to benefit others either through education (non-fiction) or entertainment (fiction).

Learn. Write. Get your words out there.